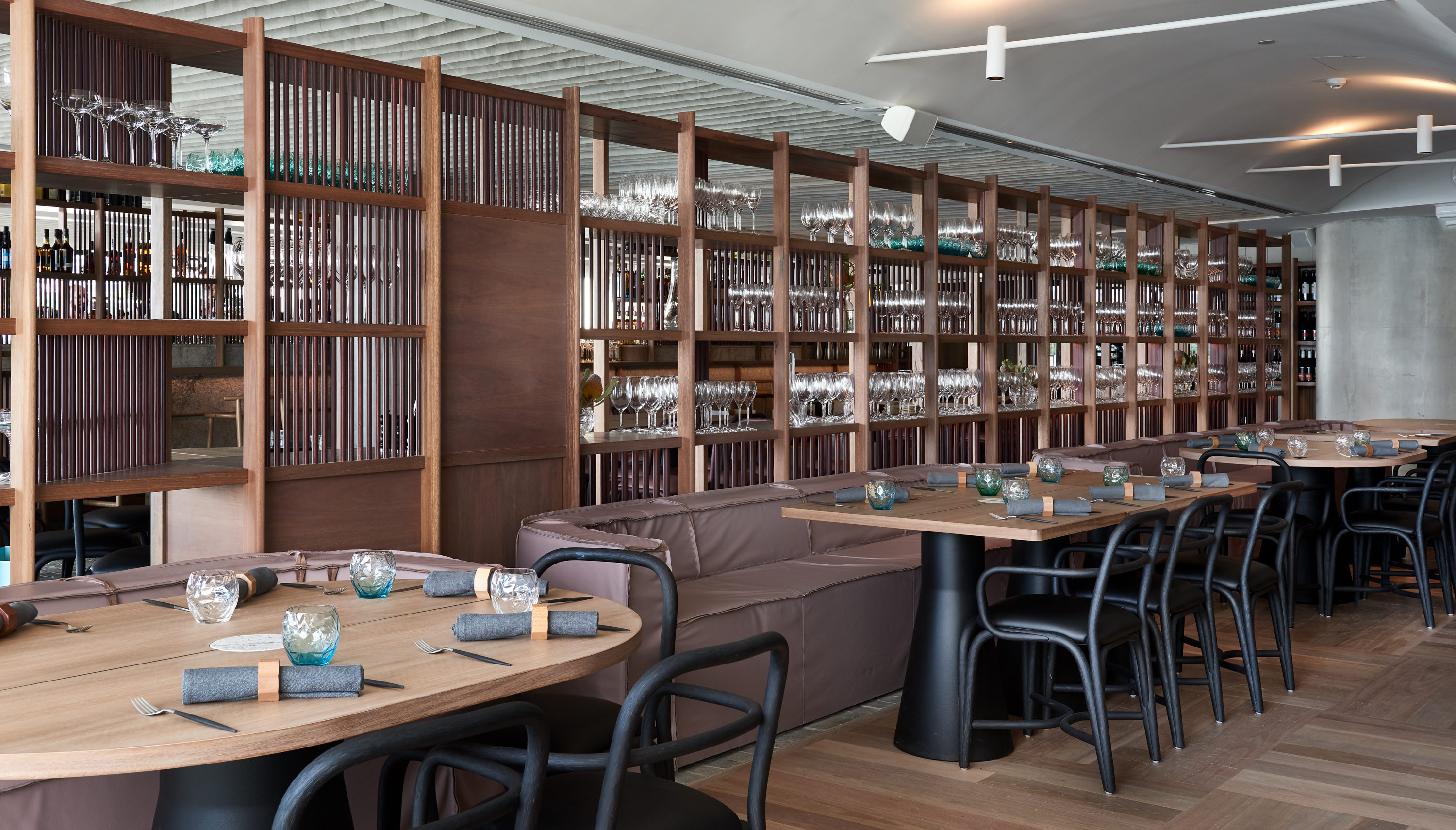 Guests enjoyed Wine on Deck and Dark & Mysterious cocktails overlooking Sydney Harbour before moving through to the restaurant and dessert bar. Wise served a selection of dishes made with Australian produce including the Skull Island king prawn steamed buns and the Flinders Island lamb with house-made damper.

A highlight of the night was Purchese’s dessert degustation at the late-night dessert bar. Gin & Tonic featured fizzing chocolate shavings and chocolate lovers indulged in a salted caramel and mandarine creation.

Between main and dessert, Tonic PR’s Allira Carroll ran a Q&A session with both Justin and Darren. We learnt that Justin’s favourite dish is a pigeon because he ‘loves a good dirty bird’. Meanwhile Darren’s response to Allira’s question of whether he is our modern-day Willy Wonka with oompa loompas running around received a great roar of laughter. It wasn’t a no though, so technically anything is possible.

Old school friends, Tim Gilbert and Chris Smith caught up on old cricket rivalries and stayed till almost close despite Gilbert having to be up by 4am for the breakfast gig.

Here’s what we ate and drank on the night: