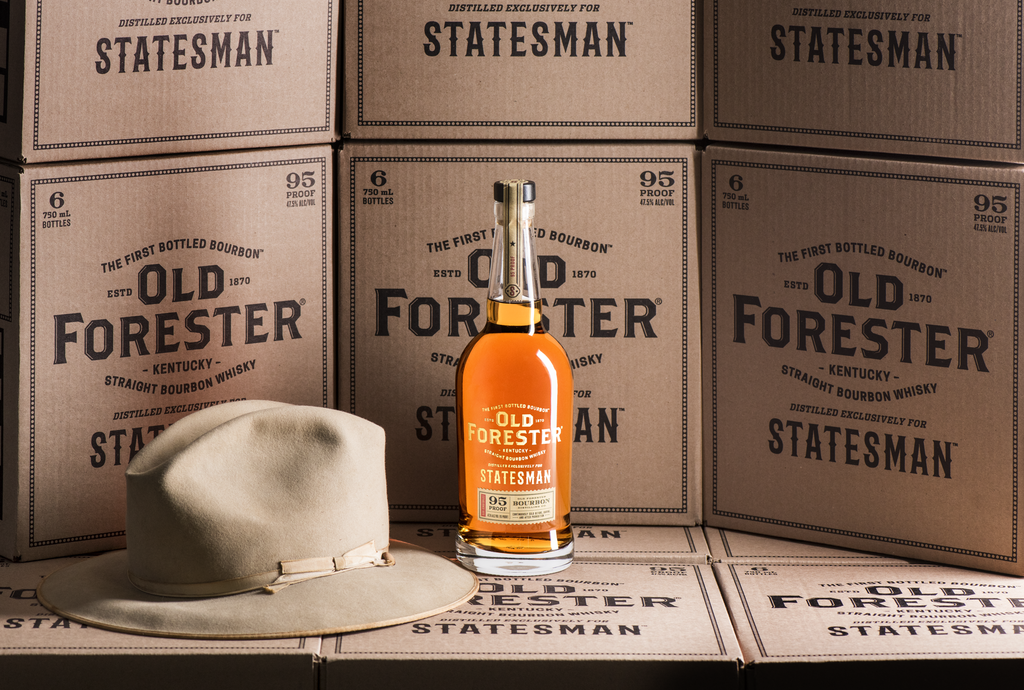 Old Forester Kentucky straight bourbon whiskey launches Statesman to celebrate the release of Kingsman: The Golden Circle, in which it has a starring role. The special selection batch of Old Forester’s premium bourbon is available in Australia this September. To coincide, Hilton Sydney’s Zeta Bar is transformed into an American saloon for six weeks.

The collaboration between Old Forester, MARV Films and 20th Century Fox Film came to be when the movie’s director, Matthew Vaughan and writer Jane Goldman wrote the script to revolve around a group of Kentucky-based spies – Statesman. The undercover spies operate under the alias of distillers from the world’s oldest bourbon dating back to pre-prohibition. A chance meeting at a cocktail party introduced the film’s director, Matthew Vaughan, to the real-life world’s first ever bottled bourbon, Old Forester. He knew then that Old Forester absolutely had to be part of the film in a big way.

“Bourbon is an American tradition that Old Forester has celebrated for five generations, and we’re proud to reinforce the authenticity of the characters, The Statesman, as bourbon distillers,” said Campbell Brown, President of Brown-Forman.

Old Forester master distiller, Chris Morris, jumped at the chance to create a new expression of Old Forester. Statesman is created using carefully hand-selected barrels from the warmest places in the warehouse. This selection process creates a complex bourbon with a rich, deep flavour profile that separates the Statesman expression from other members of the Old Forester family. The temperature differences affect maturation and profile in the whiskey, even if it uses the same mash bill. Heat causes more evaporation and a lot more flavour to be drawn from the wood, making it bolder, richer, and just a tad bit more intense.

Statesman offers a balance of heat and spice, ideal for enjoying neat, on the rocks, or in one of the custom Statesman cocktails, all available to try at the six-week pop-up. Hilton Sydney’s Zeta Bar swings open its saloon doors on 20 September. If you can’t handle your bourbon straight, there’s four cocktails on the menu including the Statesman fizz, Statesman tea sling, Kingsman up and Kingsman tea sling. Bargoers can expect to find wooden barrels, hardy greenery, vintage frames, darts and sporting trophies setting the scene as the ideal spot to knock a few back.