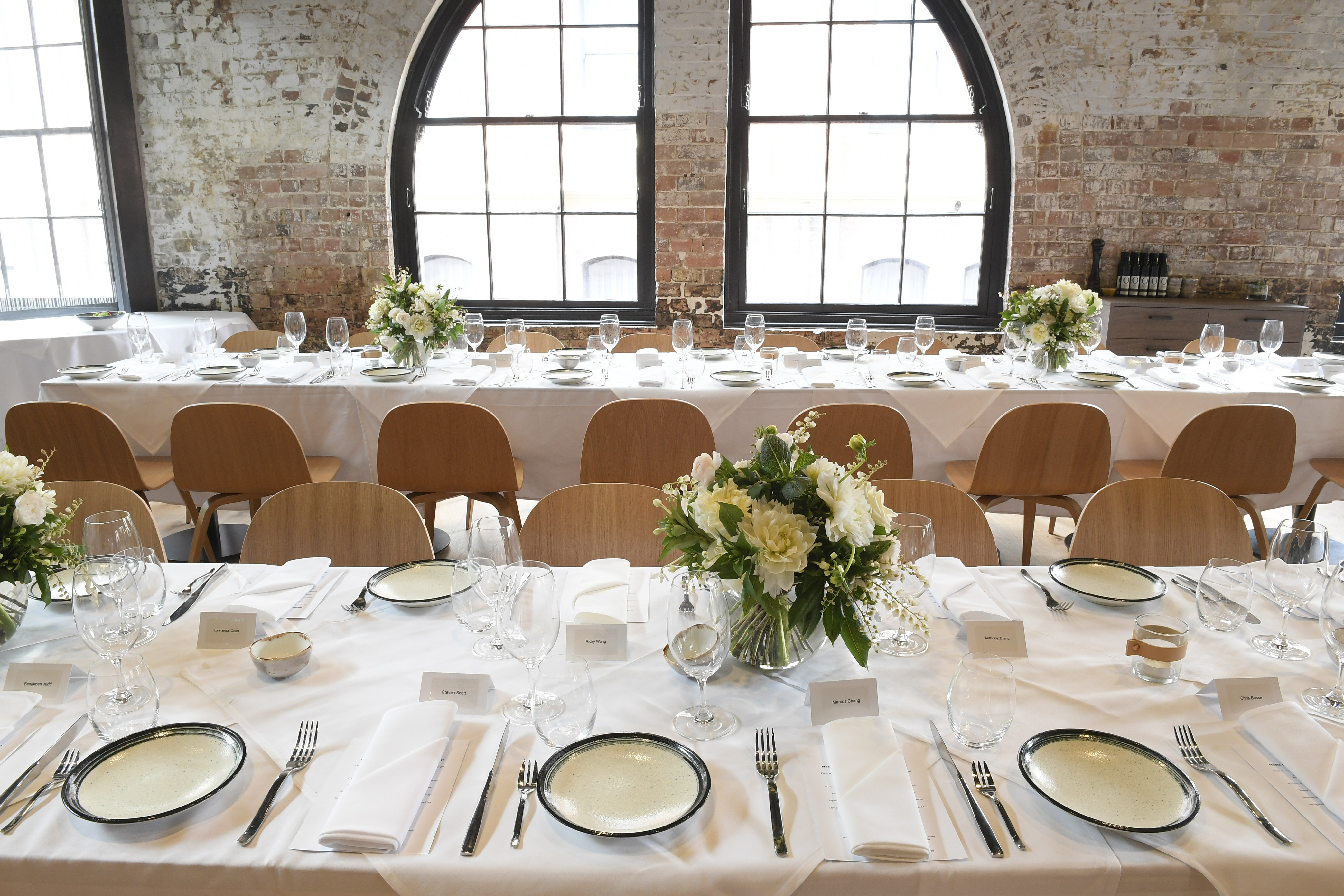 As the torrential rain cleared and the sun came out guests enjoyed aperitifs on the restaurant’s rooftop terrazzo to the acoustic tunes of Majazzter who performed Italian classics throughout the evening.

Sauro served a selection of Sicilian favourites such as house-baked focaccia with his family’s own olive oil direct from Sicily; caponata with buffalo ricotta cheese; and king prawn ravioli with black truffle and burrata sauce. The star of the menu though was the salt-baked snapper cooked in 5kg of imported Sicilian salt and delicately deconstructed at the table in front of guests. Just like the Italians do, wine was flowing and were all from Sicily.

Former Masterchef contestants Hayden Quinn and Justine Schofield also attended. All eyes were on Hayden and his girlfriend of a year, stunning US model Jax Raynor, who are one of the most genetically blessed pairs in Sydney.

This is what guests feasted on during the night…

Not the traditional Sicilian ricotta cheesecake

The floral arrangements on the tables were by Garlands Florists. Guests were treated to a bottle of Lino’s extra virgin olive oil and olive oil baked cookies to take home with them.