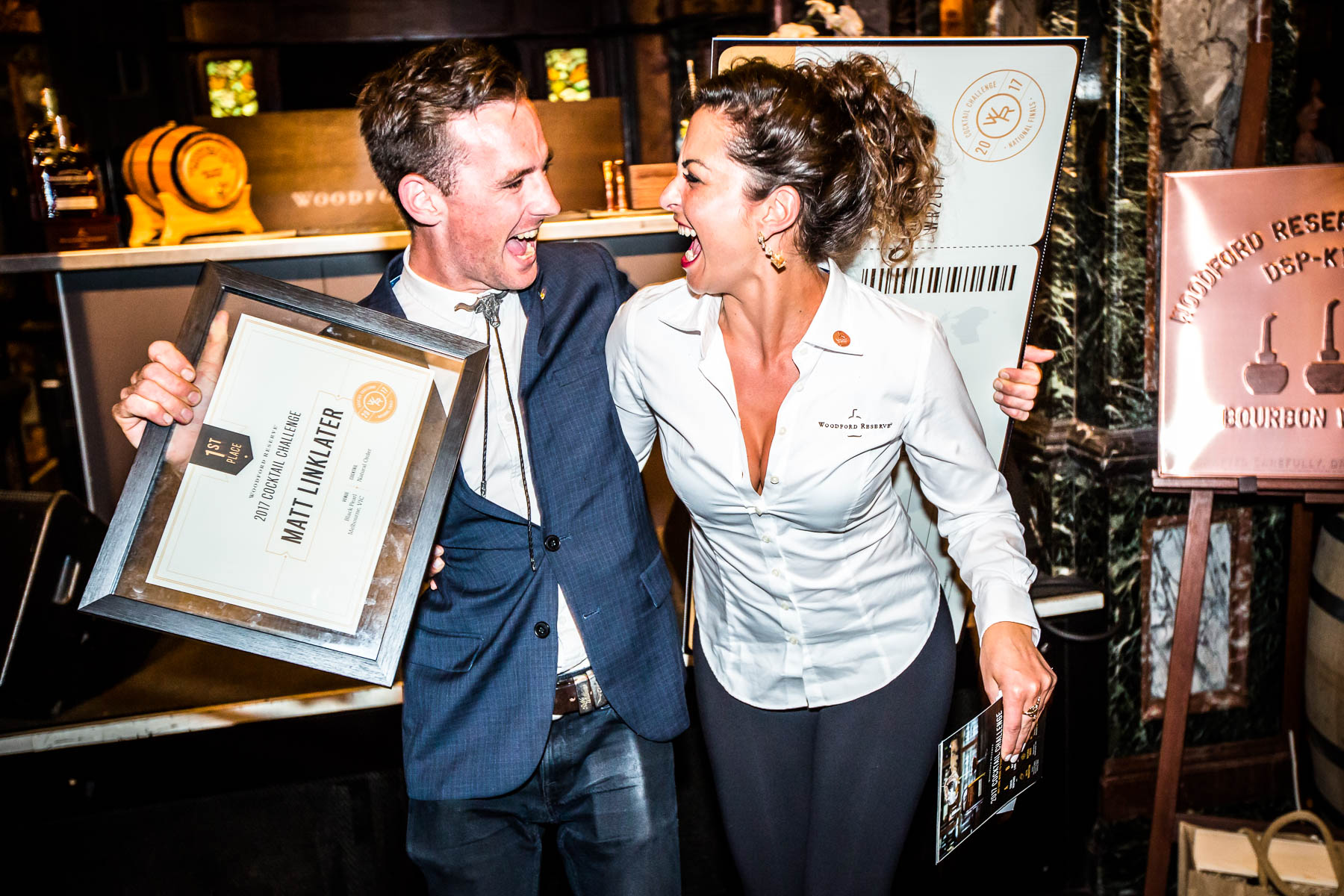 On Monday 13 November Woodford Reserve held its third annual 2017 Australia Cocktail Competition at Marble Bar in Sydney. 155 bartenders across the country entered to win the prestigious title and a major stake in the $10,000 prize pool. Matt Linklater from Black Pearl in Melbourne is the champion who won with the Natural Order cocktail.

Now, Linklater heads to New York in 2018 on an all expenses trip to attend the Woodford Reserve Manhattan Experience U.S Final – a total prize valued at AUD$7,000.

“I’d like to thank my fellow competitors. Not only does this competition push me to be better, but it’s incredibly humbling to have the privilege of spending the last 24 hours with such talented people. I never really set out to win, I just tried to be the best version of myself on the day. To be rewarded with this incredible opportunity – there are no words. Woodford Reserve has consistently been present throughout my bartending career. It’s been great to add my personal touch to the brand through these drinks. Next year, Woodford Reserve can cement its touch on me at the finals in New York. Giddy up!!” says Linklater.

The competition invited bartenders across the country to produce two Woodford Reserve cocktail recipes and serve them in their bars throughout September. Each contestant was tasked with creating their ideal version of the classic old fashioned using Woodford Reserve Distiller’s Select, and an original cocktail that showcases the flavour profile of Woodford Reserve Rye. State heats and finals resulted in five of the country’s best battling it out in Sydney for the national finals.

“The talent we’ve seen during this competition is second to none and all of the contestants did a fantastic job of showcasing the versatility and rich flavour profile of Woodford Reserve,” says Dimitra Tassopoulos, Brand Manager for Woodford Reserve.

All finalists impressed the judges with their creativity and innovation. Top honours go to Simon Hopkins from Surly’s American BBQ in Sydney coming in second place and Vini Wang of Hains & Co in Adelaide taking third place. The other national finalists are Joshua O’Brien from The Bowery (QLD) and James Connolly from Long Chim (WA).